5 Reason To Head Up The Incredible Palm Springs Aerial Tramway! 🚡

Apparently, there is more to Palm Springs than Coachella.

The city first began to earn it’s resort status in the early 1900s as tourists began to travel there to treat health issues with its unusually hot and dry climate. Over the 1900’s it steadily became more and more populated and was the topic of much literary fiction until it became the town it is today. Over 1.6 million people visit the city every year, and as a result, there is no end to the attractions and activities that have sprouted up around the town. Not to mention all the gorgeous Palm Springs Airbnbs.

One such attraction is the Palm Springs Aerial Tramway, the largest rotating Aerial tramway in the world. Opened in September 1963, this architectural feat is a must-see when visiting Palm Springs Resort.

So, with that in mind, here are five reasons to head up the incredible Palm Springs Aerial Tramway! 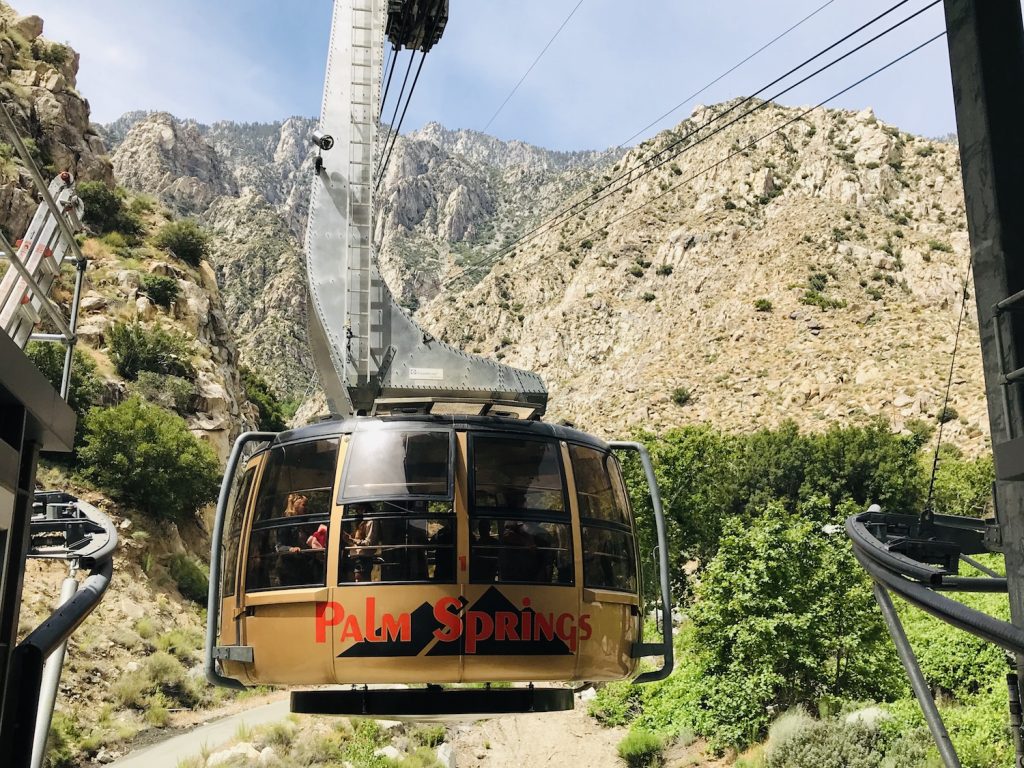 #1. It is the Largest Rotating Aerial Tramway in the World

We’re just going to let that run through your head for a second. Travel a short distance outside of Palm Springs, and you can head up to the top of Chino Canyon in just twelve and a half minutes. There is nothing else in the world quite like this incredible contraption. The only other tramway of its kind is located in Cape Town and has a vertical distance of a mere 765 meters. The Palm Springs Aerial Tramway, by comparison, raises an incredible height of 1790 meters making over two times larger than its South African counterpart.

The rotating cabin was added in the year 2000 and since then has been given guests incredible rotational experiences, rising from 806 meters on the valley floor to 2596 meters at the top of the canyon.  The 5-meter tram carriage can carry a full payload of 80 passengers within thirteen minutes to the top of the valley, making two full rotations as you go. It is an incredible feat of engineering, giving you an unprecedented view of the valley as you ascend. 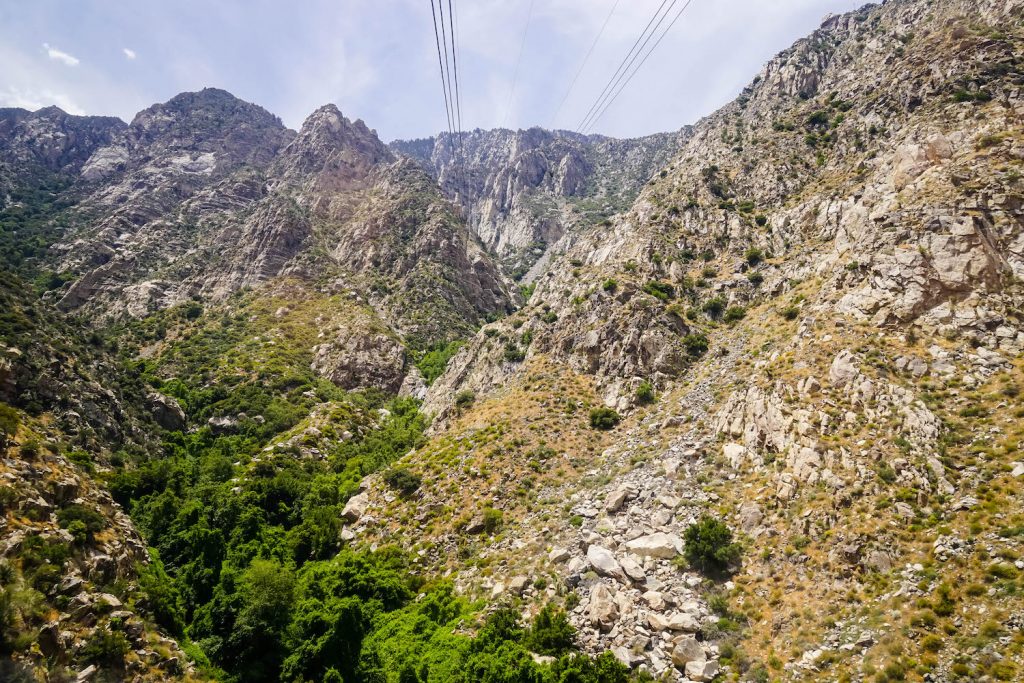 #2. It’s The Best Way To Get To Peaks Restaurant

The end of the ride isn’t the end of the adventure here. When you arrive at the top of the mountain, you’re greeted with the incredible Mountain Station, built simultaneously to the construction of the Aerial Tramway. Although it started as a simple observation platform, the Mountain Station has evolved over the years. It now features the incredible Peaks Restaurant, rated as one of the top 10 cliff dining experiences by Architectural Restaurants Digest. This is a restaurant like no other, and after spending time enjoying the journey up the canyon there is no better place to relax and grab a meal. We have to be honest, though, you are here for the view: the restaurants in Palm Springs are a lot better…

The Peaks Restaurant is highly sought after, so you’ll have to book ahead, but there is simply no better place to watch the night turn to day. As the sun dips over the Californian horizon, you will get to see the city lights come alive and light up the valley floor. From 2500 meters the city almost mirrors the night sky, with its constellation of lights mapping out the roads and estates of the incredible town. 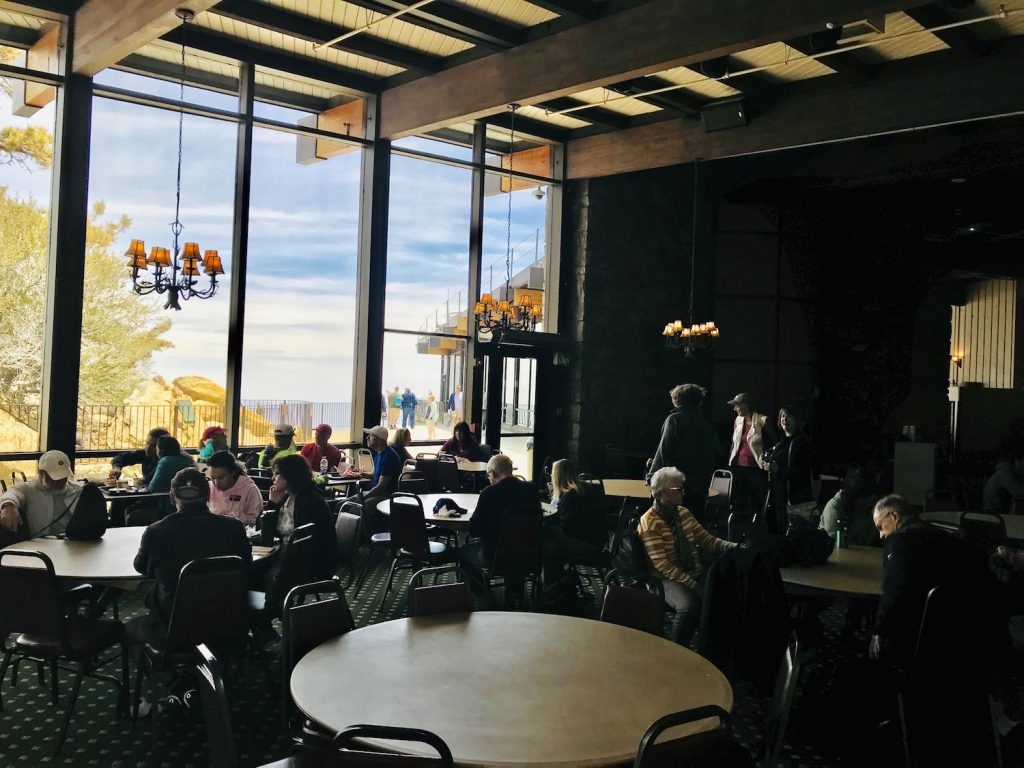 #3. There Is Amazing And Unique Nature To Explore

Chino Canyon, part of the Coachella Valley, is one of the steepest canyons in North America. The impressive steepness of the sides of the valley means that not only are there some impressive waterfalls that it’s possible to see as you travel up the mountainside, but you pass through 5 different biomes (also known as life zones) on its way to the mountain station. Passengers may get on at an altitude of 800 meters and in desert temperatures, however, they get out into the alpine forest where temperatures can be an incredible 22 degrees Celsius lower!

Chino Canyon is a critical wildlife habitat, and due to its relative isolation is home to a range of animals and wildlife. As you rise up through the canyon keep your eye out for the endangered Big Horn sheep, which is an endangered species of the region. 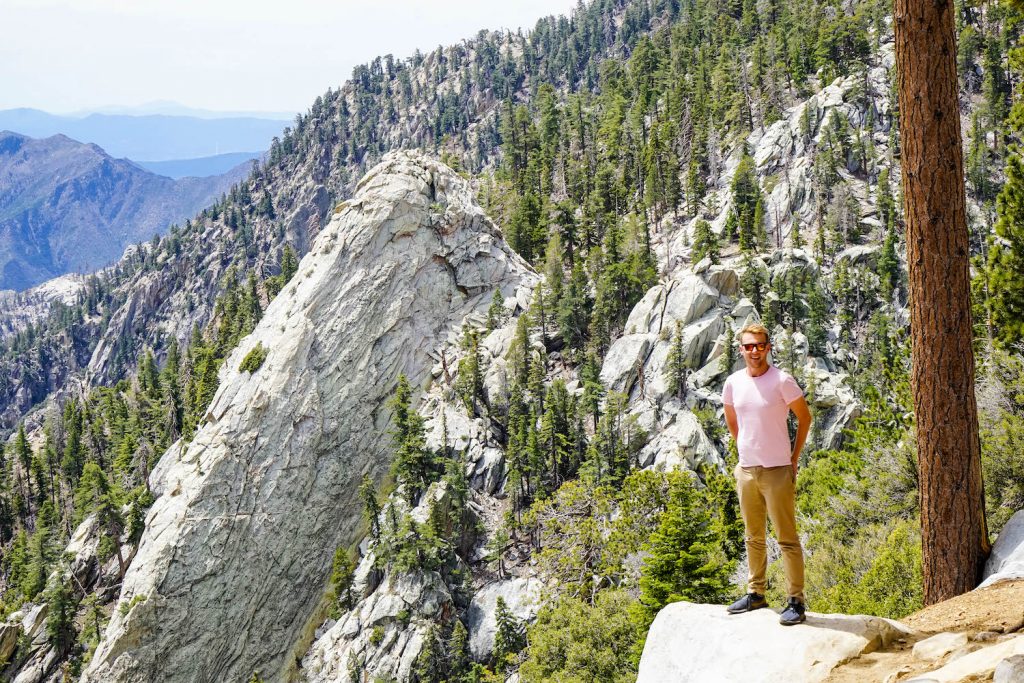 #4. The Palm Springs Aerial Tramway Takes You To The Mountain Station

At the top of Chino Canyon sits the impressive Mountain Station. The mountain station is an impressive open area and serves as a base for a number of restaurants, cafes and to further explore the mountain top. Here you can find Peaks Restaurant, or if you’re looking for something more laidback, you can head to the Pines Café, which offers a great range of cafeteria-style fast food selections.

Another feature of the mountain station is the gift shop and observation deck, which is a great place to take pictures and marvel at palm springs laid out below. Not only does it offer incredible views, but the Mountain Station is an incredible feat of architecture and engineering itself. The building took 26 months to construct and required 23,000 helicopter missions to ferry materials from the base of the canyon to the top. All that incredible effort, it would be rude not to have a laid back drink at the beautiful look-out lounge – a much-deserved break if you are spending a hectic long weekend in Palm Springs. 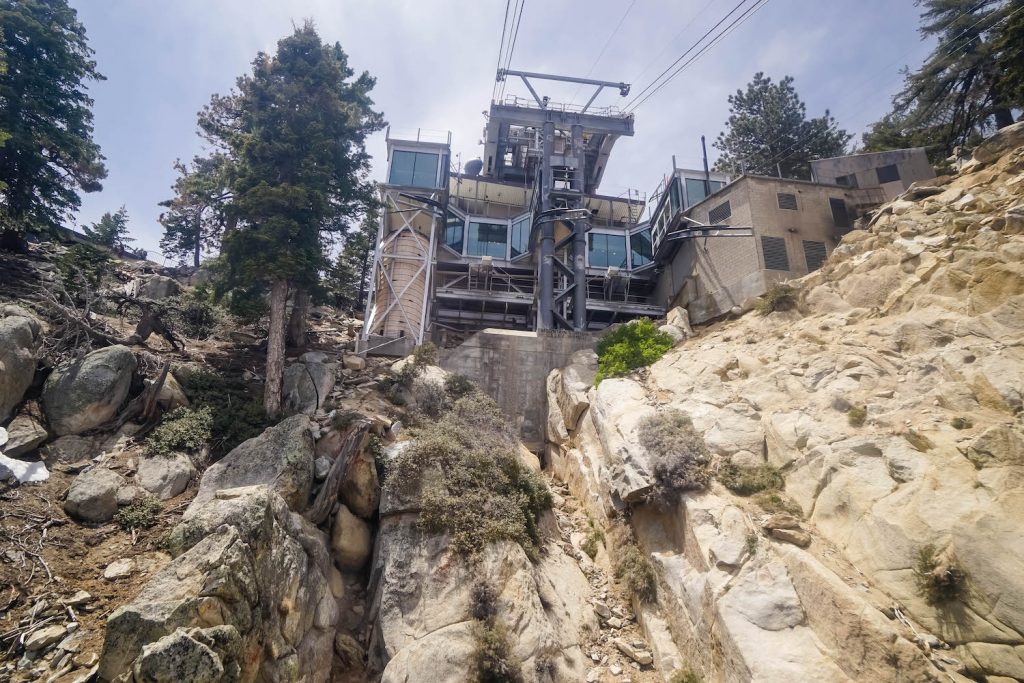 #5. You Can Traverse Over 50 Miles Of Hiking Trails

The Aerial Tramway is the easiest way up the mountain, but that doesn’t mean there aren’t alternative routes. For those looking for a bit of exercise after cruising up the 1700 meter canyon, there are over 50 hiking and walking routes through which visitors can explore Chino Canyon of the San Jacinto Mountains National Park.  You’ll quickly see why this is one of the best national parks in California.

If you’re not satisfied with the view from the observation deck, make sure you bring your hiking shoes with you so you can head and enjoy the fresh mountain air. Make sure to bring something warm, however, as no matter how hot it is on the desert floor, the mountain is exposed to bigger winds and colder temperatures.

So what are you waiting for, get your Palm Springs Aerial Tramway tickets now – avoid the lines and get more time at the top. You won’t regret it… 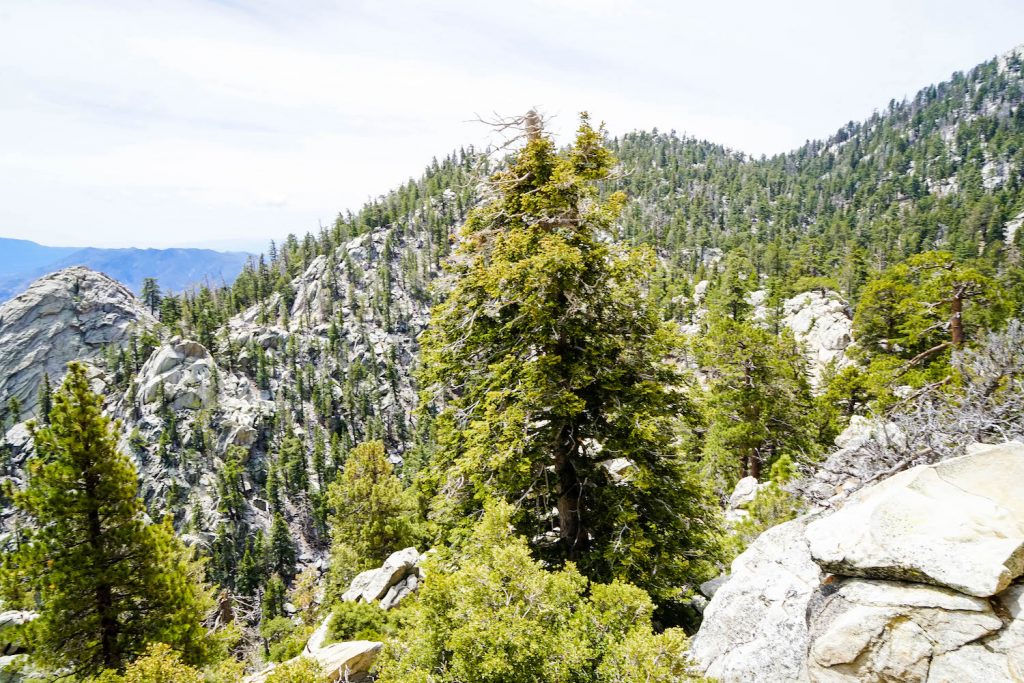 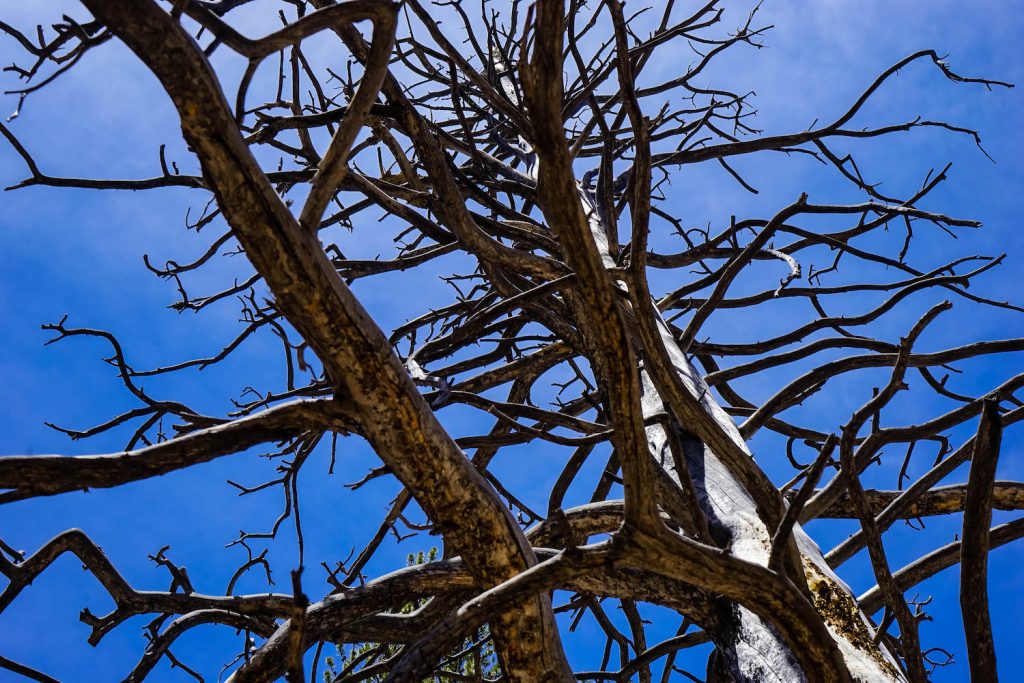 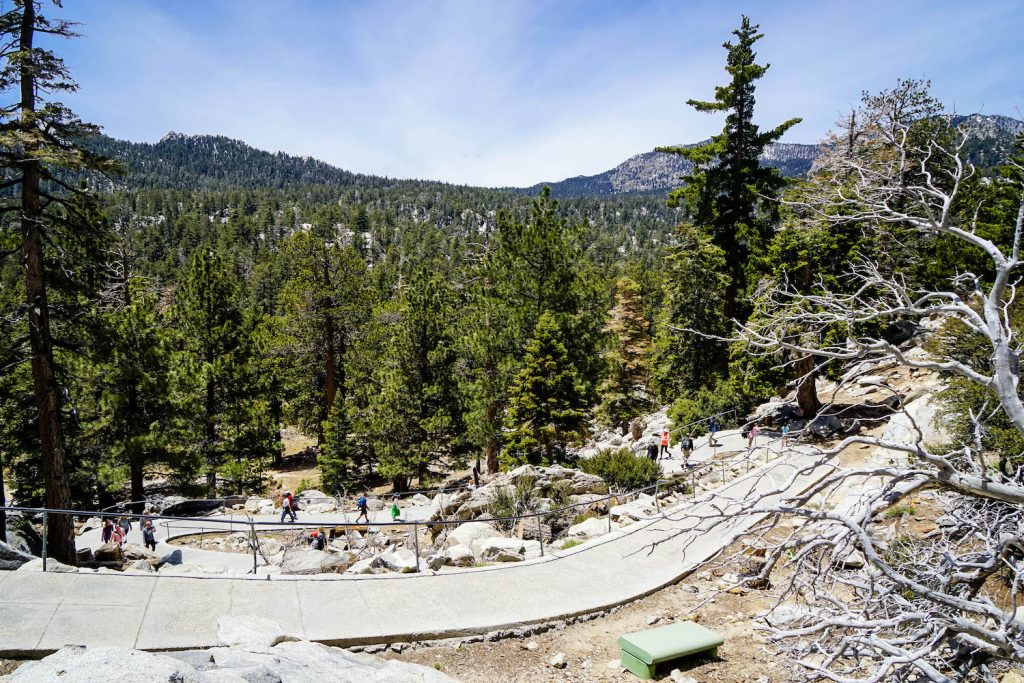 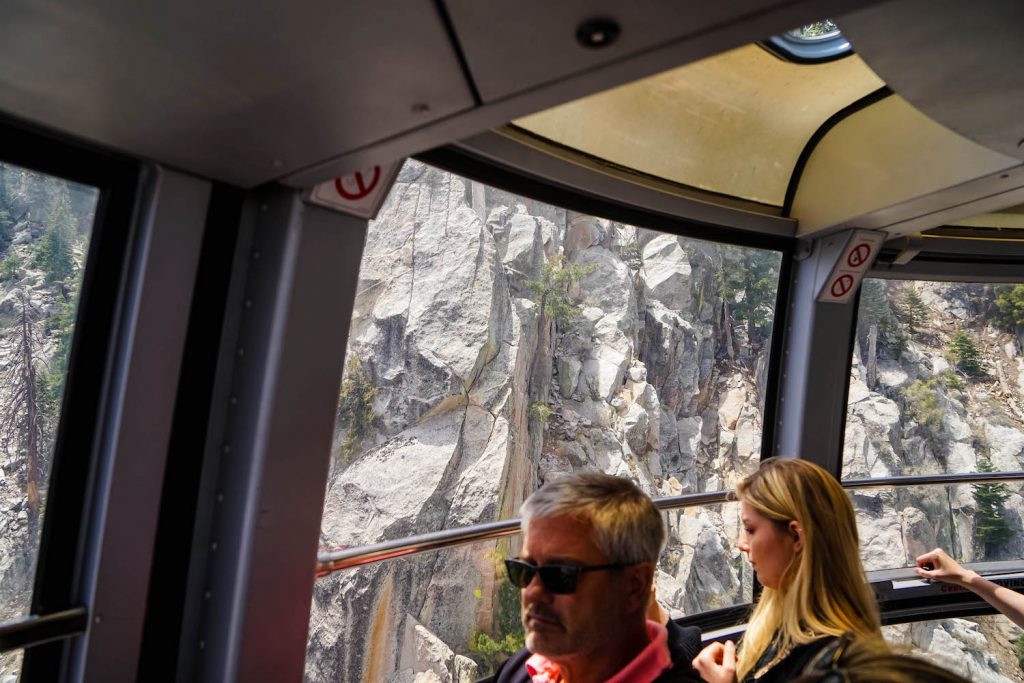 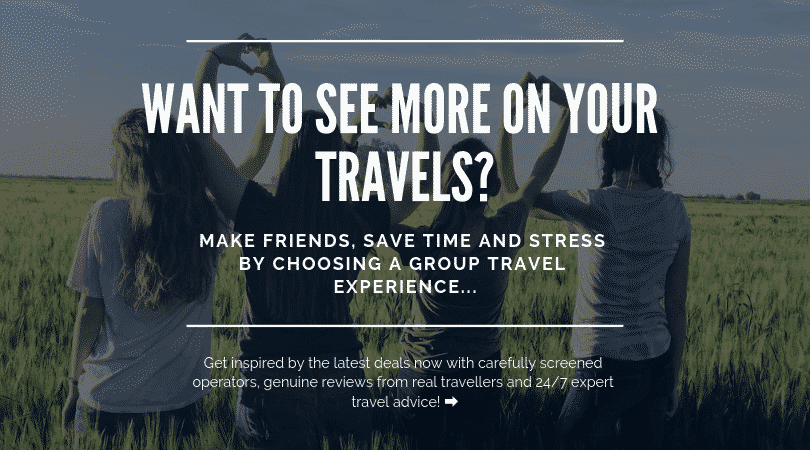 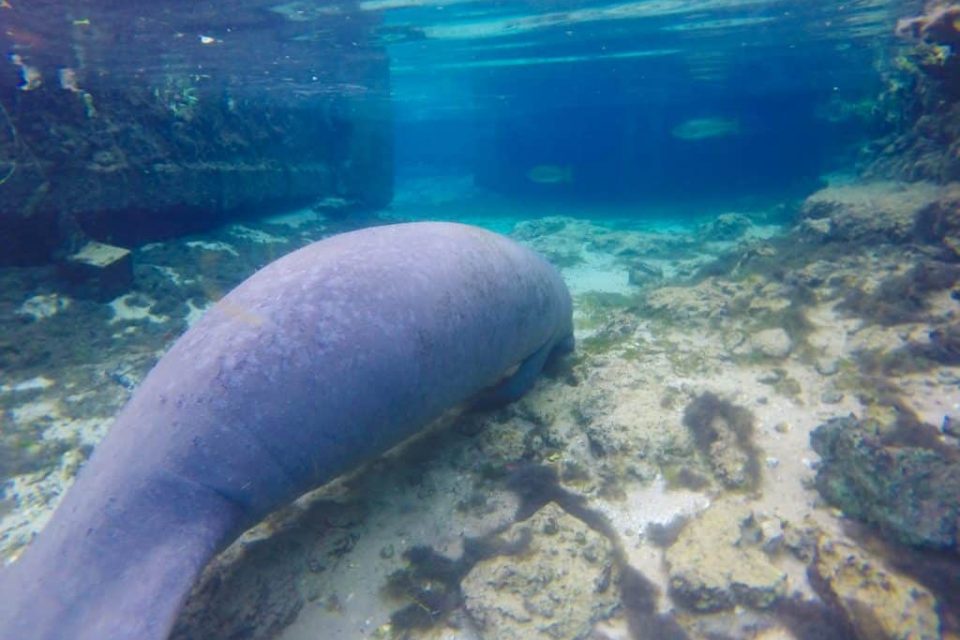 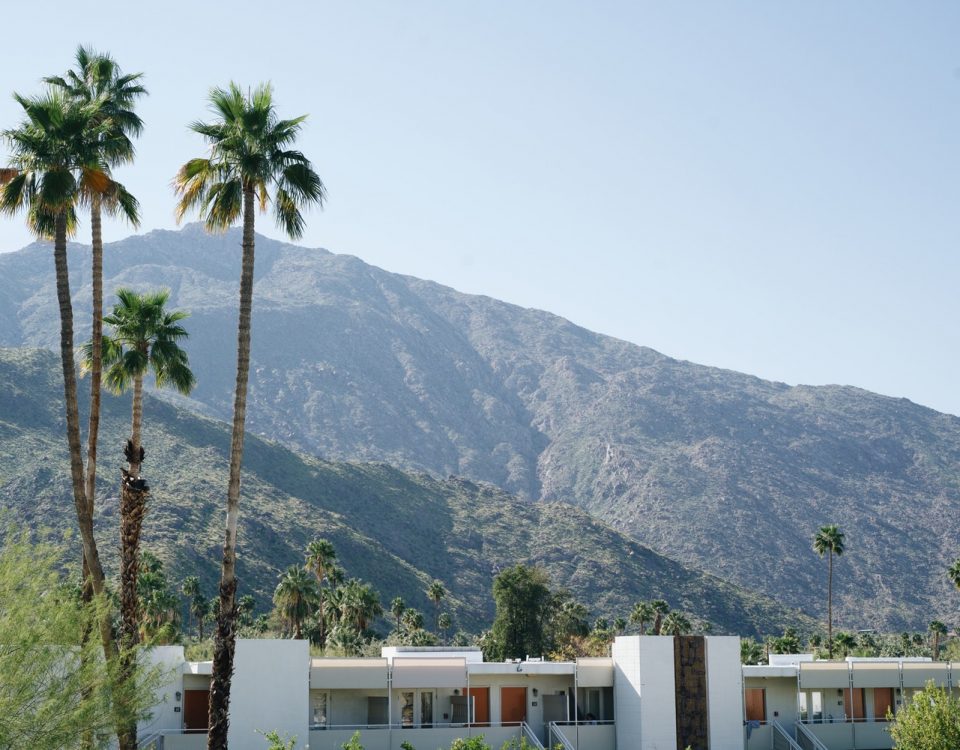 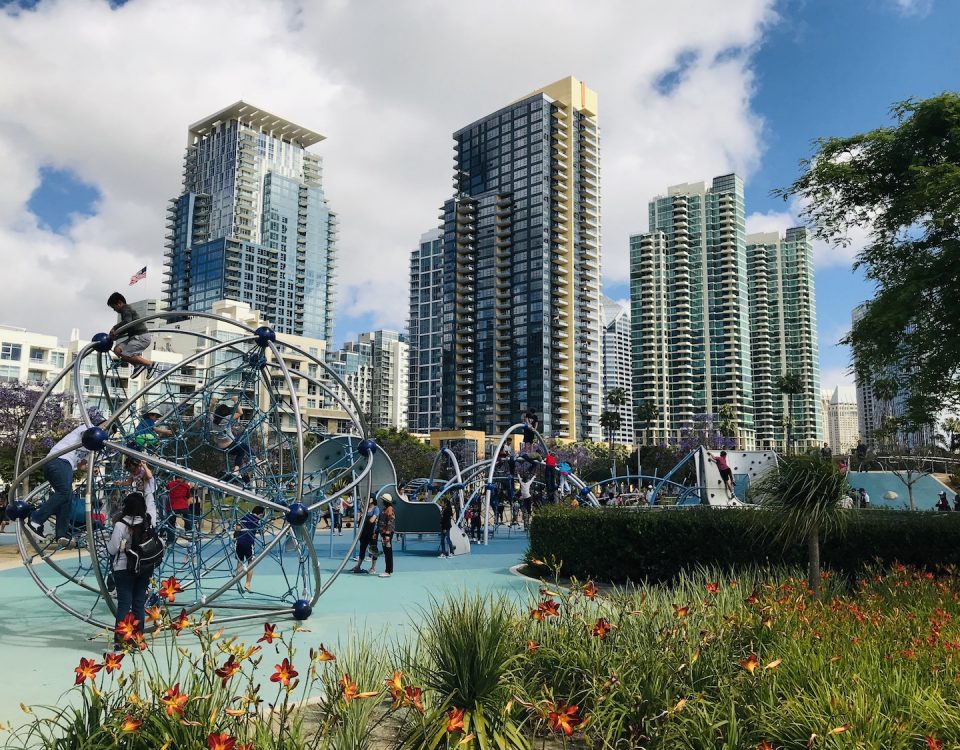 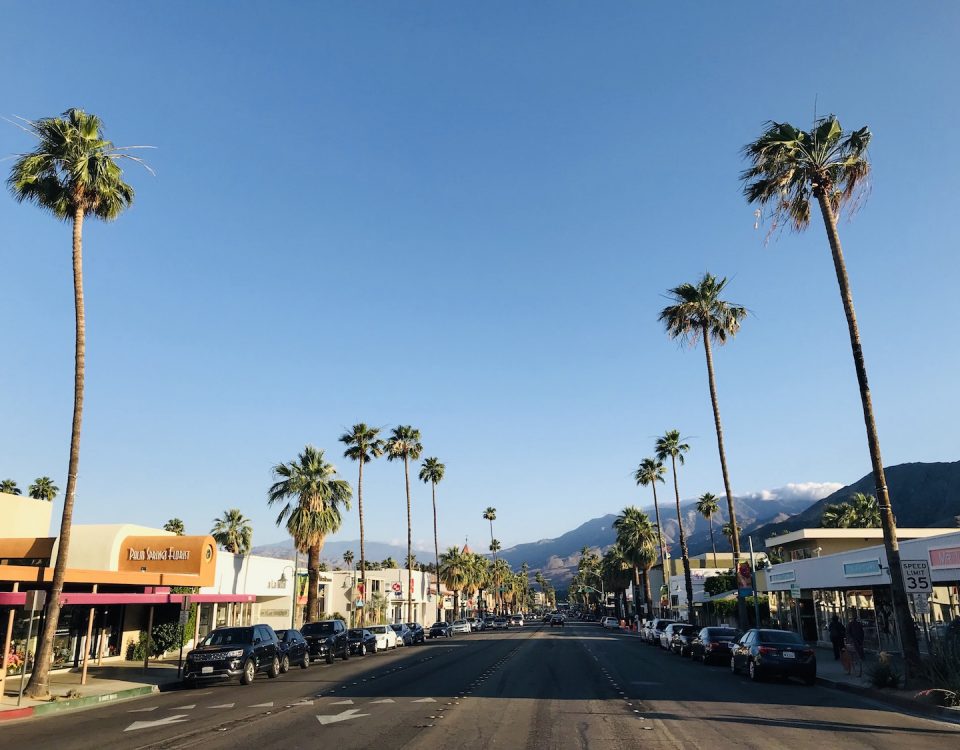