What To Do In One Day In Edinburgh | The Ultimate 24 Hour Guide! 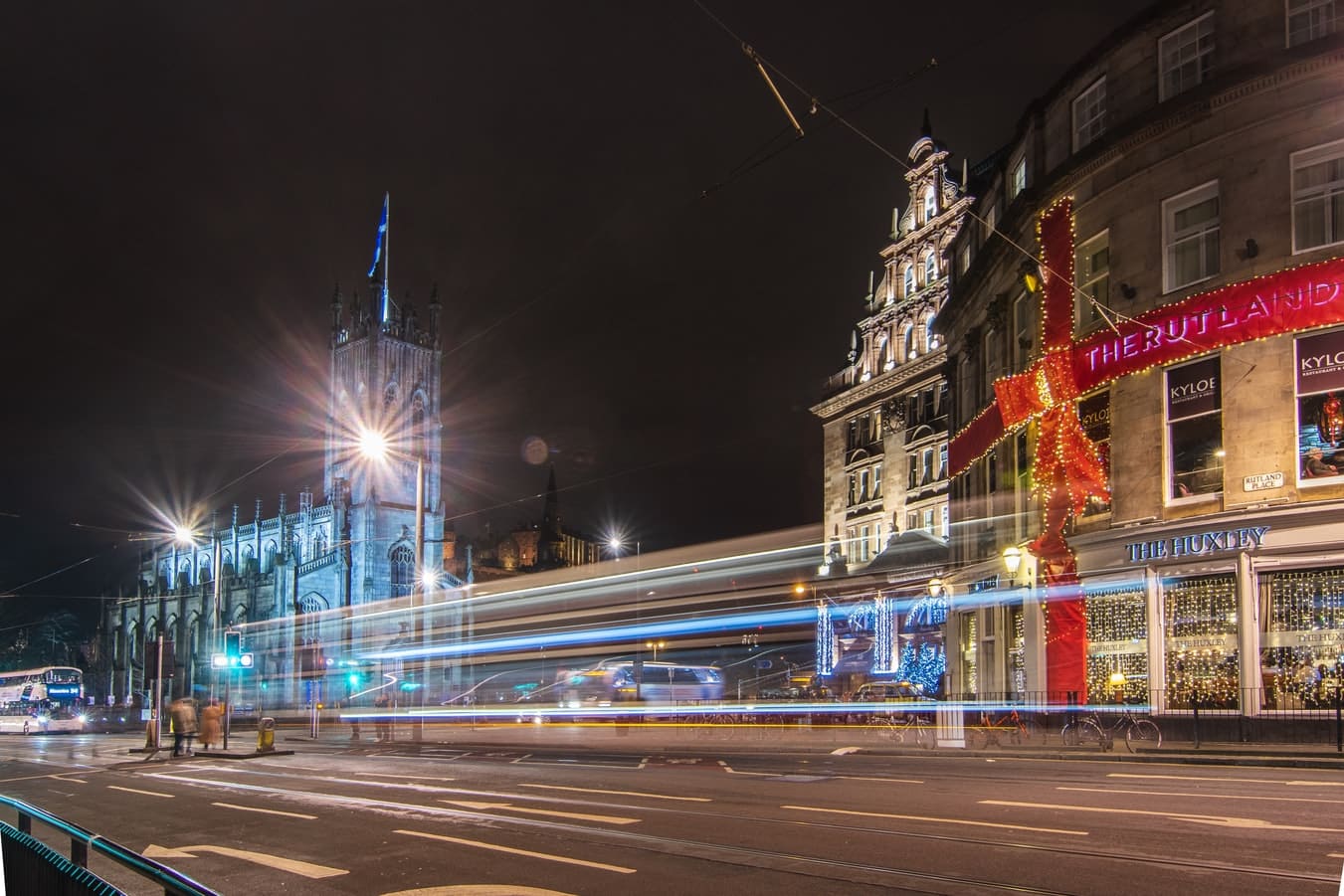 Edinburgh is a storied historic city and capital of Scotland; seat of Scottish Government, Parliament and the Supreme Courts. It’s the United Kingdom’s 2nd most popular tourist destination after London.

While the city hosts millions of visitors every year, only half a million people reside in Edinburgh.

It lies in the heart of the Scottish lowlands, nestled on the south shore of the Firth of Forth, a bay off the North sea. The city personifies Scotland, and Britain as a whole, with its rich history and weather typical of the British Isles.

What To Do In One Day In Edinburgh | The Ultimate 24 Hour Guide!

History And Character Of Edinburgh

Human activity has left traces in the region for over 10 000 years, the oldest being remnants of prehistoric camps near the water. The real history of Edinburgh began in the 15th century when it was declared and recorded as the capital of Scotland.

Not long after, the eponymous University was founded in 1582; it now consistently ranks in the Top 20 global universities.

This distinction gave it a pivotal role in the 300 years that followed, playing stage to wars and monarchs. By the early 18th century, Edinburgh was densely populated, overcrowded and had a reputation for being unsanitary. The vast majority of residents lived in ‘high-rise’ tenements in what is now known as the Old Town.

The density of people and the blurred lines between social classes began to mark Edinburgh as a ‘socially unified’ city. This didn’t last long, with the New Town being built in the late 18th century. Here tenements were replaced with single-family homes, luring the prosperous and dividing the city between rich and poor.

The years that followed would see Edinburgh all but host the Scottish Enlightenment, becoming a major intellectual center of the UK. The city delayed and diminished its take on the Industrial Revolution, with a stronger focus on finance and education, rather than raw production.

It earned the nickname ‘Athens of the North’ for these strengths.

Geography And Climate In Edinburgh

Edinburgh has seen many changes over the past centuries, starting from simple structures on Castle Rock – the remnants of an ancient volcano. This hill is joined by six others in the city, generating comparisons to the 7 Hills of Rome. Like the Acropolis in Rome, Edinburgh’s Castle is one of the most prominent features of the city’s skyline.

The somewhat chaotic landscape was shaped by millennia of glacial activity in the region – leaving ravines, crags, hills and other topographical oddities.

Some of these are on full display in the parks and green spaces of Edinburgh, most prominently in the Salisbury Crags, 2 kilometers from the city center.

While situated over 40 kilometers from the North Sea, Edinburgh shares the classic temperate, maritime climate that typifies the UK. However, the weather is still mild compared to other regions with a similar latitude: Moscow, Russia, and Newfoundland in Canada.

The temperature in Edinburgh rarely dips below freezing, even in the depth of winter. The summers are equally mild, with ‘hot’ days that barely push above 20°C. The highest temperature ever recorded in the city was only 31°C, measured in 2019.

With its proximity to both water and hills, a stiff breeze is nearly always present – earning Edinburgh another nickname: ‘The Windy City’.

Atmosphere And Approach In Edinburgh

Edinburgh is historically separated into three main sections: Old Town, New Town, and the West End. The ‘Towns’, now UNESCO Heritage sites, are split by the vast green-space Princes Street Gardens, through the center of the city. Edinburgh boasts over 4500 protected historical buildings, a higher density than anywhere else in the UK.

The West End is a newer and more modern district, housing most of the financial institutions that operate in the city. These banks, along with the local universities, have resulted in a highly educated population: 43% of people have a degree or professional qualification, the highest in the British Isles.

Partly due to the prestigious universities in Edinburgh, and belying the traditional vibes, the average age of the population is very young. 20% of residents are under 30, and a further 15% are under the age of 40.

However, their makeup is relatively heterogeneous with the vast majority being Scottish-born Caucasians. There are a few small immigrant groups in the city, name Polish and Chinese, along with a large community of US expats.

A few festivals in August see a huge influx of visitors, over 4 million every year from around the globe. Both the Edinburgh International Festival and Fringe Festival bring the city alive with the arts; they are the largest annual international arts festival in the world – while the annual Hogmanay New Years Celebration is nothing short of breath-taking.

Edinburgh’s food scene is a mixture of established names and a constant selection of the newest trends. It’s arguably the dining capital of Scotland, with only Glasgow to rival the title. There is definitely not a lack for selection, from British comfort food to the poshest of haute cuisine.

Being in the UK, afternoon tea is most certainly a thing in Edinburgh. For each restaurant or pub, you can find two places that will accommodate you for teatime.

For something more extravagant, there are over half a dozen of Michelin-starred restaurants in Edinburgh, ranging from local and traditional fare to expertly crafted continental options.

Edinburgh In A Day

Most of the highlights of Edinburgh can be seen from their Castle atop a hill in the city center. A lot of what is on display is easily accessible by foot, the historic downtown isn’t much larger than a kilometer across. If you only have a few hours, start at the castle and head North to see both the Old Town and the New.

Stepping out of the museum lands you halfway between the University of Edinburgh and the heart of Old Town. There are endless options for sampling the local cuisine or experiencing something entirely new.

Wherever you end up after lunch, you’re never very far away from something worth seeing. If you prefer some faster-paced sightseeing, considering hopping on one of the many double-decker buses that crowd the city. Most are used to power the local transit system, but there are also many tour-based options that make sure you’ll see everything.

This city personifies the British Isles, perhaps more than any other. It has a dizzyingly long history that would take months to truly explore, the museums make an excellent effort to glorify the highlights.

The story of Edinburgh is written on the streets and buildings of the towns and districts, you rarely have to walk or look very far to find something spectacular.

Edinburgh is a city that can truly be appreciated in one day, but it makes you wish you had many more. If you feel like hiring a car after your 24 hours in Edinburgh adventure, you could also visit the Scottish Highlands – home to the James Bond Skyfall filming location – and also stop for a few nights at the Isle of Skye. Nearby day trips from Edinburgh can include Buchanan Castle and St Andrews.

Traveling outside of Edinburgh is also significantly cheaper in terms of accommodation – and wild camping is even an option! There are so, so many cool things to do in Scotland it is basically impossible that you would be bored…

Now The Ball Is Rolling On Your 24 Hour Edinburgh Holiday, Let’s Look At The Best Accommodation Deals 👍

10 Best Restaurants In Little Italy San Diego To Try On Your Next Visit!
← Previous
What To Do In One Day In Paris | The Ultimate 24 Hour Guide!
Next →