Young, old, male, female, we all love 007. He’s charming, suave, hunky, and, man, is he well-traveled! You’ll find amazing James Bond film locations all over the world, and they make for great travel destinations.

Why? Well, if they’re in such a huge movie, it’s guaranteed that they’re stunning places to see. They’re spectacular, often unusual, and you can role-play that you’re James Bond (or his date — whatever floats your boat, seriously!).

So let’s have a look at some of the most iconic James Bond film locations to help you plan your next trip. 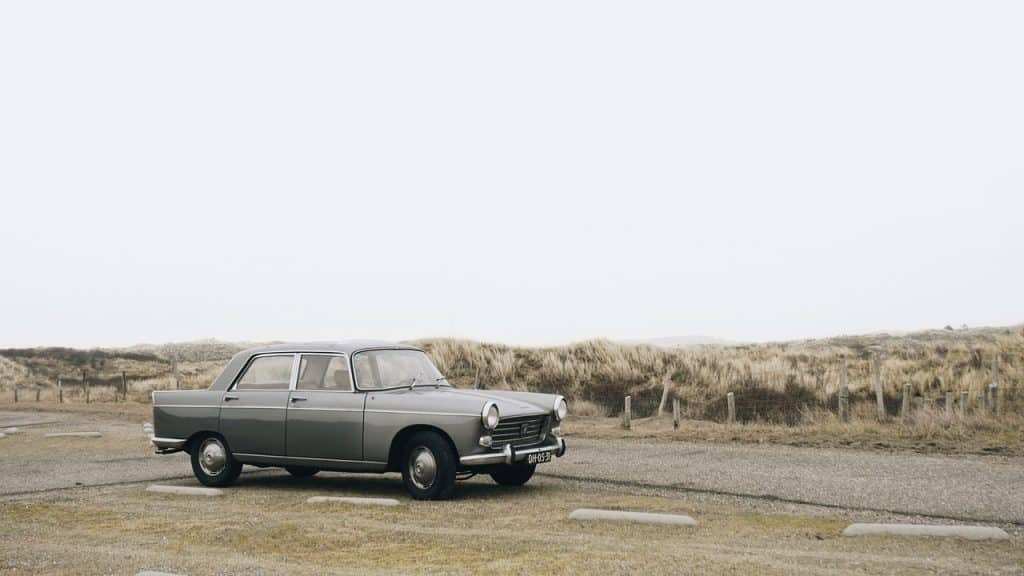 Those epic final scenes of Bond’s 2012 adventure take place in the atmospheric valley of Glencoe, where his childhood home — the Skyfall estate, is located. Bond and M take their final stand against a former agent turned bad as the mist creeps across the Scottish landscape.

We won’t give away any spoilers (although seriously, haven’t you seen it yet?), but we will highlight how pivotal this stunning location is in the 007 tale. It’s a must-visit for any true Bond fan.

Mexico City’s main square is the venue for another dramatic chase scene opening Spectre. This finds 007 following his own path (as always!) to thwart a terrorist plot on Day of the Dead. Hot on the heels of danger, he weaves around the crowds in this enormous square.

You can see glimpses of the spectacular architecture of the buildings surrounding Zócalo, including the Catedral and the Palacio Nacional. There’s history all around as one of the best Bond opening sequences unfolds, and this scene only scratches the surface of how genuinely majestic Mexico City is.

Casino Royale was the first in the ‘rebooted’ stage of the Bond films and has a special place in our hearts for showing a less experienced but still super-cool 007. It also shows off one of our favorite cities – Venice – in its powerful second half.

It is in the vast Piazza San Marco that Bond realizes his lover has betrayed him; from this wide-open space, he sets off to follow her to find out the truth, weaving in among the stunning palazzos surrounding the square. Venice is a truly spectacular city; you almost can’t believe it’s real; the James Bond aspect is only part of it!

It’s the otherworldly quality of this substantial glacial lake that makes it one of the most memorable James Bond film locations.

While 007 manages to conduct a car chase in an Aston Martin across the frozen surface, in reality the lagoon is water with a few icebergs floating around in it. While undoubtedly gorgeous, it probably wouldn’t be our first pick for places to freedom camp in Iceland.

Even without a frozen surface, it’s still a stunning place to visit as the ice shimmers in the sunlight, and shapes and colors change all around you. There might not be any high-speed car chases, but you’ll still never forget the sight!

All Over London, England – Almost every film, particularly Skyfall, Spectre, and The World is Not Enough

Unsurprisingly, given that it’s his hometown, there are several James Bond film locations in London. Usually, we just see him being told off by M in the M16 headquarters, but in some memorable scenes, there’s a lot more of London.

Think about The World is Not Enough when he chases an assassin along the Thames River or the helicopter crashing into Westminster Bridge in Spectre. It’s pretty epic stuff, although we’d hope your trip to London is less destruction and more sightseeing!

Skyfall might poignantly end at its eponymous location, but it begins with a classic 007 chase scene through the intricate corridors of Istanbul’s Grand Bazaar. Apparently Ian Fleming’s favorite city, Istanbul, is one of the most iconic James Bond film locations.

In this film, motorcycles pelt around the bustling market, even making it up onto the rooftops above the many stalls (Istanbul locals were surprisingly chill about this disruption!). Without all this action, it’s still a fascinating place to visit, with intriguing things on sale around every corner and history seeping from every lane.

Guggenheim Museum Bilbao, Spain – The World is Not Enough

There are few things better than exploring a contemporary museum filled with cool art unless one of those things is a museum with 007 stunts going on in and around it! The world-famous Guggenheim Museum in Bilbao, this titanium-plated building served as the opening teaser for Pierce Brosnan’s The World is Not Enough.

Set along the river in central Bilbao, this is worth visiting as much for Frank Gehry’s stunning architecture as it is for the innovative exhibitions and collections inside.

GoldenEye might start in the USSR, but the action quickly shifts to the picturesque hills above the Casino de Monte Carlo in Monaco, before 007 heads inside to share a drink and a gamble with a mysterious woman.

This gambling and entertainment complex in the world’s second-smallest country is always buzzing with life as expensive cars pull up at the ornate façade. Sure, it’s a bit pricey inside, but you can enjoy the view from outside with a coffee in the square.

Obviously, we would not recommend trying to recreate the part where Bond lassos a drug lord’s plane from a helicopter in pursuit!

OK, this is one of the rare James Bond film locations that doesn’t involve an action sequence! The baroque Schönbrunn Palace is actually the backdrop in a romance montage as 007 puts the moves on an attractive cellist. They ride a horse and carriage through the vast grounds and enjoy orchestral music.

This is Vienna’s most popular tourist destination, and when you get there, you can see why Bond picked it to impress the girl – 1441 elaborate rooms, landscaped gardens, and history and romance abound!

Sugarloaf Mountain soars over the bay of Rio de Janeiro, and the panoramic views from the top are nothing short of breathtaking. Unless you’re an experienced rock climber, you have to take a cable car to the peak. It’s on this cable car that famous Bond villain Jaws attacked 007.

It’s one of the most memorable James Bond film locations for the striking backdrop and stomach-churning fight halfway up the cable – definitely worth seeing in person!

As Sean Connery’s sixth and final appearance in the official James Bond film series (we don’t count Never Say Never Again here), he went where so many of us do these days, to Vegas!

Bond, however, stayed at the Tropicana Las Vegas – though we dare say he would choose a less dated Vegas hotel these days. Black Rock Desert, McCarran International Airport, and Fremont Street were also used as filming locations, but we dare say the most memorable scene of James Bonds’s trip to Vegas is the car chase scene through downtown Las Vegas.

This feat alone requires a portion of the Vegas Strip to be closed at night for three days. Being Vegas, however, a great deal has transformed since Bond ripped through the strip, and it is almost comical to compares 50 years on.

Only a brief clip is shown of Bond crossing the famous 25 de Abril Bridge in Lisbon – but most fans will still remember the scene.

The filmmakers wanted to use the French Riviera but considered it to be too over-exposed and not photogenic enough. So used Portugal for much of the filming in On Her Majesty’s Secret Service, with little effort made to get the audience to believe it was France. 007 was on vacation in the Portuguese Riviera, where the coastal and hotel scenes were filmed at Hotel Estoril Palacio in Estoril and Guincho Beach in Cascais.

As Bond is kidnaped by Dracos men at the Hotel Palacio and driven to Draco, Draco’s Rolls Royce is seen crossing the famed Ponte 25 de Abril (25 April Bridge) that connected Lisbon with the south of the country, including Lagos.

Lisbon was again used for the reunion of ‘the girl’ Tracy and Bond, and the conclusion used a mountain road in the Arrábida National Park near Setúbal. Sadly, Porto did not make the cut – but we are sure he will make it there in the future…

Bond spends quite a lot of time in Latin America in Moonraker (before heading into space!). After his death-defying antics at Sugarloaf Mountain, he heads to the truly wondrous Iguazu Falls, on the border between Argentina, Brazil, and Paraguay.

A designated UNESCO World Heritage Site, the falls are a sight to behold even when Roger Moore isn’t paragliding down over them as he does in the movie.

In Roger Moore’s second film as 007, he has a covert meeting with M and Q aboard the wreck of the Queen Elizabeth ship in Hong Kong harbor.

Now, we’re not saying that if you go to Hong Kong you’ll get to experience this (I think Health and Safety would have something to say about that!), but the iconic Hong Kong skyline is well worth seeing with or without Mr. Bond.

Take a boat and head out on the harbor for the best views and 007 vibes!

Unusually for the globetrotting secret agent, this is one of the few Bond films to be shot primarily in one location – Japan, in this case. One of the many beautiful Japanese James Bond film locations is Himeji Castle, dating back to 1333.

This UNESCO World Heritage Site and designated National Treasure played the role of a ninja training camp in You Only Live Twice, where Sean Connery learns to fight. The real role of the castle is one of legend in Japan, and it’s a spectacular place to visit.

There’s no more suitable place for a Bond-style high-speed car chase than a vertiginous mountain pass through the Alps, and Furka Pass played exactly that role in Goldfinger. It’s among the most iconic James Bond film locations because of the heart-in-mouth quality of the hairpin turns and sheer drops.

We’d definitely recommend hiring a car and traveling through the scenery (at a reasonable pace, of course!) or doing the walk through the glacier at the top.

Trust us, traveling at James Bond speed means you won’t be able to take anything in – you’ll want to be able to drink in the views! A grand and worthy landmark of Switzerland to be sure.